The connection between Netflix’s “When They See Us” and the Hebrew Bible’s Book of Job.

On a mid-August day of this year there will be Jews all around the world avoiding activities that bring them pleasure. It will be the commemoration of Tisha B’Av (the 9th of Av), a holiday that acts as the catch-all day for the many tragedies that have befallen the Jewish people over the past three millennia — it is the date of the destruction of the First and Second Temples in Jerusalem, and the liquidation of the Warsaw Ghetto to name a few.

In order to create a solemn atmosphere, Jewish ritual mandates that ordinary, even necessary activities, be avoided. That means no eating food, drinking water, and observers of this day must even refrain from studying Torah. The only text that is permitted to be studied on this mournful day is the Book of Job.

On a mid-August day in 1990, three of the five young men, boys really, that were falsely accused of the horrendous attack on a Central Park Jogger heard the word ‘guilty’ echoed throughout the chamber of justice in which they found themselves in.

These innocent boys would go on to serve between six and eleven years in juvenile detention and adult penitentiaries for a crime that they did not commit.

Their story is reminiscent of the special text reserved as the sole exception on the most heart-rending of days — the tale of another innocent man who had suffering thrust upon him. One incident after the other. The figure of Job.

“The system is not broken,” says Ava DuVernay, director of the recent Netflix mini-series ‘When They See Us’, “it was built to be this way.”

There is a character introduced in the opening scenes of Job that was never before seen in the Hebrew Bible. In Hebrew, his name is “the opponent” or “the accuser”. In this biblical tale, he falsely accuses Job of impiety. As a result, Job would go on to lose everything and everyone close to him during these “trials”. All of his suffering was a byproduct of the fleeting words hurled against him by this new devilish figure – words which were contrary to all evidence.

All must subscribe to the fears of this character’s imagination, to his narrative of cynicism and detachment. In English, the character’s name is Satan.

The suffering that Job lives through was not accidental, rather it was the intentional callousness, egotistical mania, and emotional insecurity of “the accuser/satan” that brought forth a whirlwind of despair into the life of Job.

Similarly, the trials of the Exonerated Five were not a mistake or an outlier of the justice system. Rather, the whole affair was intentionally spoken into being. “A wolf-pack”. “Wilding”. The implicit and explicit bias of the prosecutors, officers, and the media shaped a narrative illustrating a story, not grounded in fact, but simply portraying the worst of their imaginations.

Despite his trials and tribulations, Job is famous for maintaining his faith in God. He becomes the paragon of what to do when facing “an accuser”. Even though everyone else has bought into their created narrative: you, yourself, must not, Job teaches us. Do not let someone else tell your story for you. 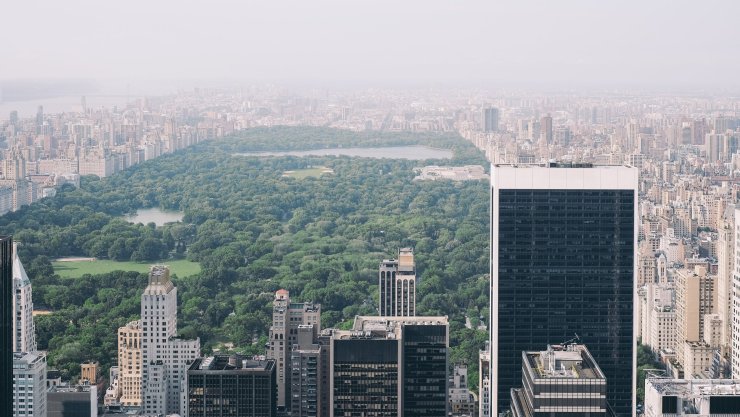 In a follow-up special to the Netflix series, Oprah Winfrey speaks with those involved in the making of the “When They See Us”. She asks Antron McCray, one of the Exonerated Five, how he reacted to hearing “guilty” hurled at him by accusers. He responded: “I felt numb. I was the first one to rise. They asked me to stand up, and they read the charges off. And I just felt numb. And right after that, I lost my religion. I started hating everything in the world.”

Raymond Santana, Jr, another of the Exonerated Five, said in the Sarah Burn’s documentary “Central Park Five”, that he thought to himself “why me?!”

The Book of Job is remembered not solely for the resilience and redemption that humans are capable of but also for the wrestling we do when confronted with our human inability to see one another. Rather than truly seeing those that stand before us we conjure up our own visions of who we think they might be. This is what “the accuser/satan” did against Job. It is what American society did when looking at these five souls – and communities of color, in general.

It is also what the three “friends” of Job did when confronted with his turmoil. They are remembered to this day as accusing Job of having deserved his suffering and justifying that he must have done something wrong. They are the archetypes of callousness. Much like the character of “the accuser/satan”. Their pessimism poisons their relationships. Their names were Bildad, Eliphaz, and Zophar.

Today, there are also three names that we call out as characters of callousness. Their names are the judicial system (represented by the predatory Linda Fairstein), the prison system (seen in the over-zealous and under-trained police and corrections officers), and the media (focused on disseminating provocative narratives rather than investigating truth).

This year for Tisha B’Av, I will be fasting as I remember a smoldering Zion and a Rikers Island with children in it. But I will not be studying the Book of Job. Instead, I will be watching “When They See Us”. I hope you will too.

Rabbi Misha Clebaner is host of the ‘Raising Holy Sparks’ Podcast and serves as a rabbi at the North Shore Temple Emanuel in Sydney, Australia.